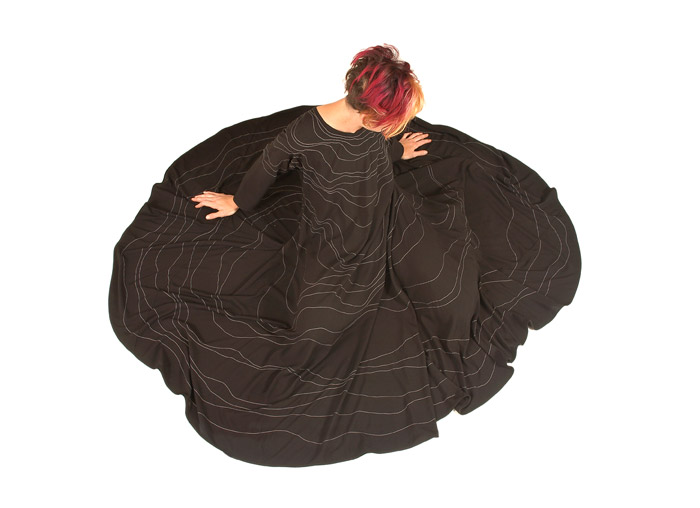 From Off the Wall: American Art to Wear, from Marian (mau) Schoettle, Dress Cartography Storm/Structure Series, 2000-2012
Photo by Nancy Donskoj, Courtesy of the artist, Philadelphia Museum of Art. 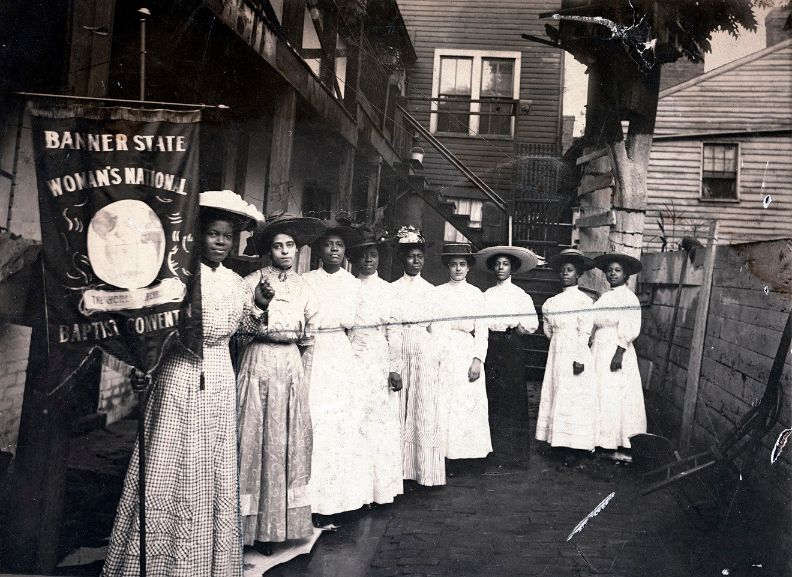 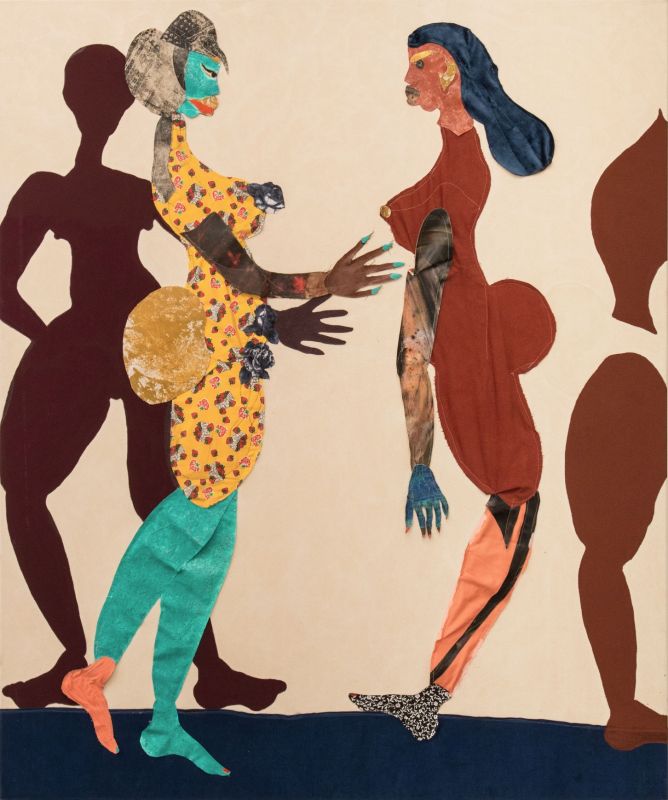 The Coby Foundation funded a range of projects in its field, textiles and fashion, in 2019 and spent a total of $638,000. The majority were exhibitions of modern and contemporary art and design, with a significant number focusing on women and artists and designers of color, including Mrinalini Mukherjee, Tschabalala Self and Willi Smith. The Foundation, whose mission remains unique in the United States, supported twenty-three projects, all in the Northeast and Mid-Atlantic. Other grants went to historical exhibitions, such as an exhibition examining the visual culture of the suffrage movement and another revealing how textiles infused warmth and beauty into early medieval Egypt’s interior spaces.

Today’s working artists received significant attention in one-artist exhibitions, including four artists of color: Tschabalala Self at ICA Boston, Bisa Butler at the Katonah Museum of Art, Cauleen Smith at MASS MoCA, and Jamea Richmond-Edwards at the Rowan University Art Gallery. Other one-artist shows featured work by Zoë Sheehan Saldaña at the Aldrich Contemporary Art Museum and Leeza Meksin at the deCordova Sculpture Park and Museum. Significant surveys of contemporary fiber art were mounted by the Philadelphia Museum of Art (Off the Wall: American Art to Wear), the Visual Arts Center of New Jersey (Painted Threads), Parsons/The New School (Otherworldly: Performance, Costume and Difference) and upcoming at the Everson Museum of Art (AbStranded: Fiber and Abstraction in Contemporary Art).

The largest grant went to an exhibition at the Met Breuer of the work of the late Mrinalini Mukherjee, whose sculptures of hand-woven dyed hemp rope were characterized by Holland Cotter in the New York Times as “an astonishment.” Other presentations of work by deceased artists and designers include Anni Albers (In Thread and On Paper: Anni Albers in Connecticut at the New Britain Museum of American Art), Vera Neumann (Vera Paints a Scarf: The Art and Design of Vera Neumann) at the Museum of Arts and Design, Willi Smith (Willi Smith: Street Couture) at the Cooper-Hewitt Museum and Erica Wilson (Erica Wilson: A Life in Stitches) at Winterthur Museum, Garden & Library. All were towering figures in our field. Another woman, Marie Cuttoli, who commissioned artists such as Pablo Picasso, Joan Miró, and Georges Braque to design tapestries, was the subject of an exhibition that opened at the Barnes Foundation in December 2019 (Marie Cuttoli: The Modern Thread from Miró to Man Ray).

The Coby Foundation was also proud to provide support for a number of projects exploring historical issues related to fashion and textiles. Bard Graduate Center’s exhibition on French fashion (French Fashion, Women, and the First World War) examined the dynamic relationship between fashion, war, and gender politics in France during World War I. Votes for Women: A Visual History at Delaware’s Brandywine River Museum of Art examined the visual culture of the suffrage movement, including the efforts of women of color and their community networks. Three museums took different directions. The GWU/Textile Museum presented Woven Interiors: Furnishing Early Medieval Egypt, FIT Museum mounted Paris, Capital of Fashion, and the Jewish Museum is presenting Masterpieces and Curiosities: The Benguiat Collection. And the Museum of Modern Art, as part of its opening group of exhibitions, is presenting items from its fiber art collection in Taking a Thread for a Walk.