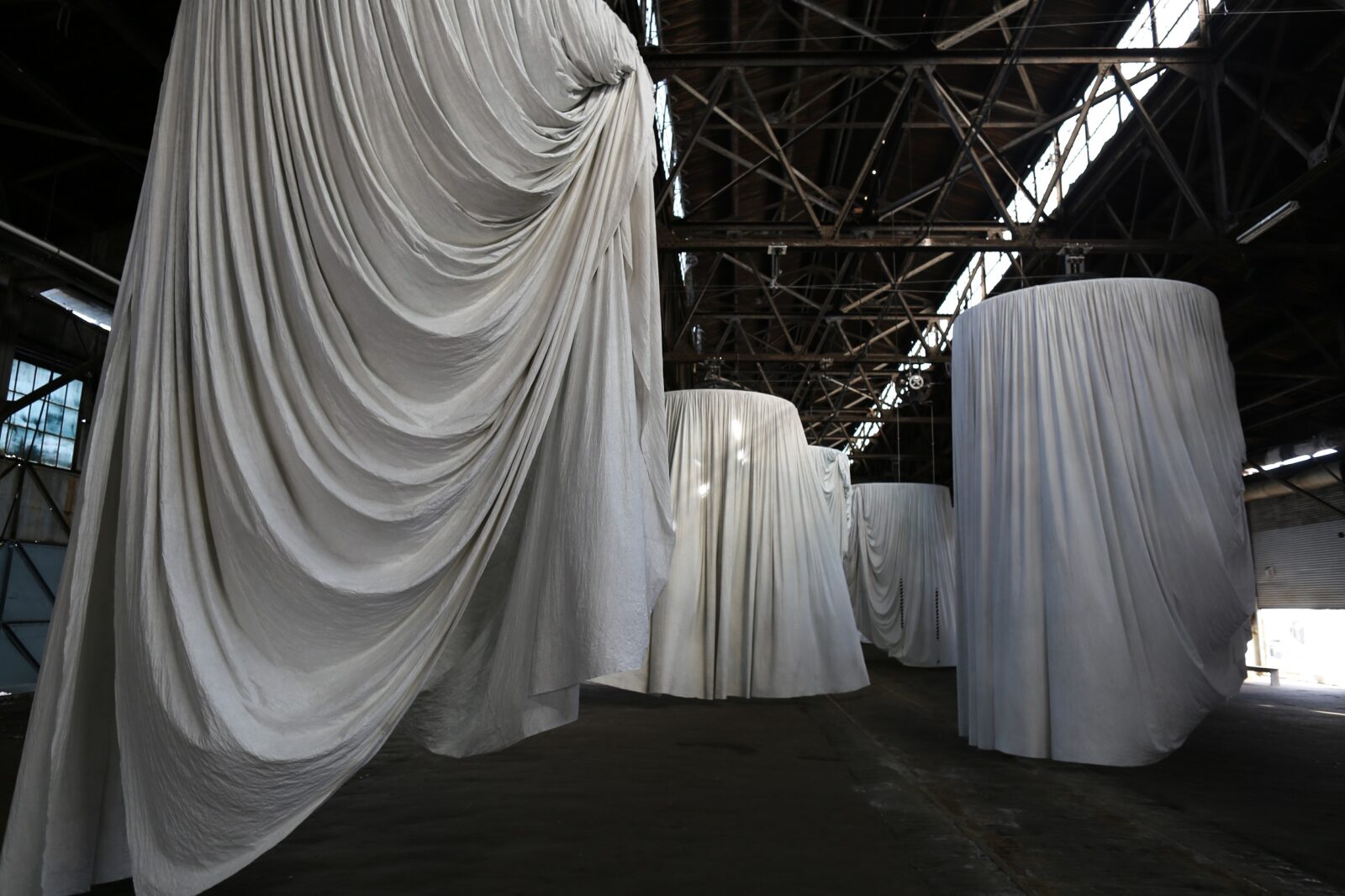 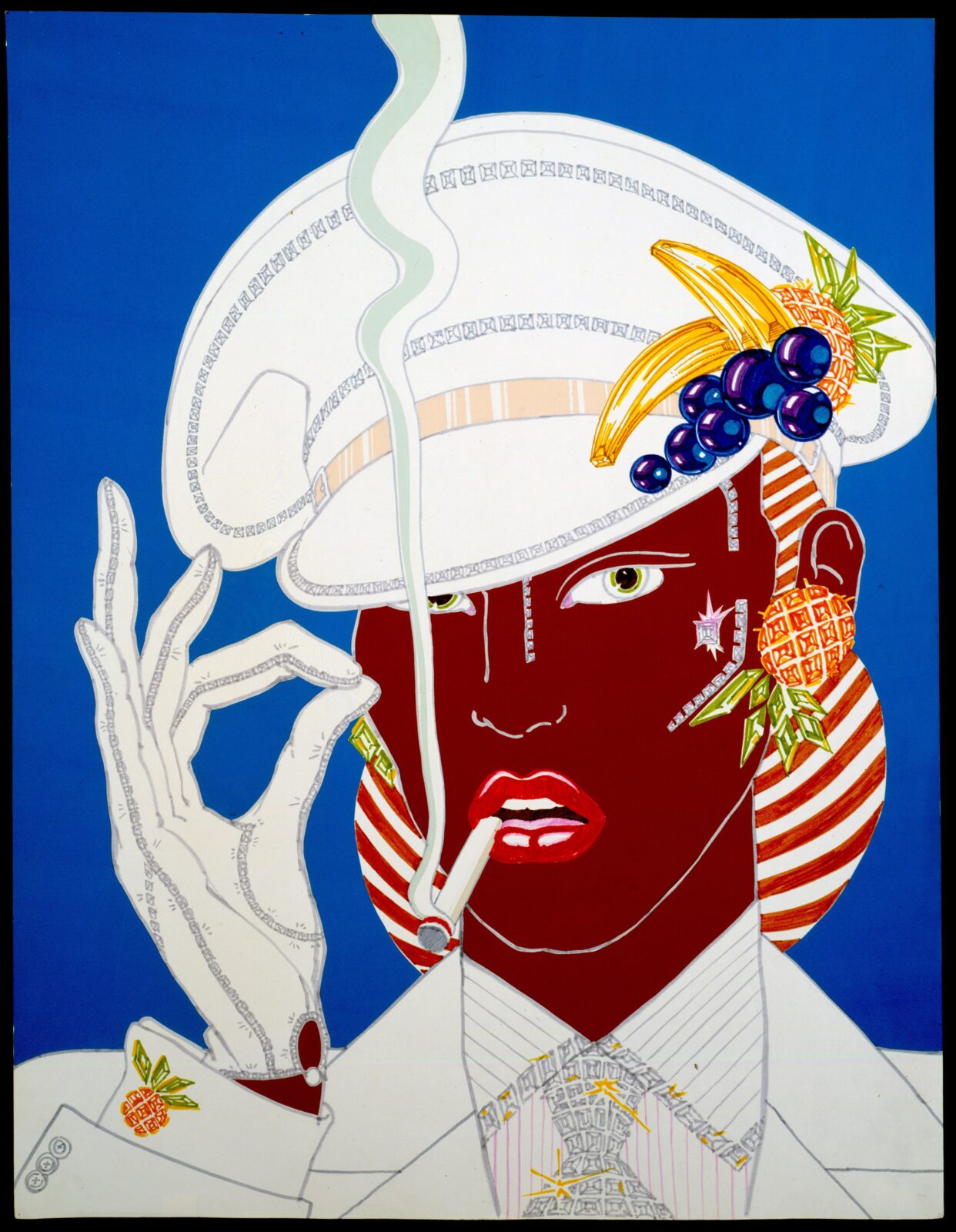 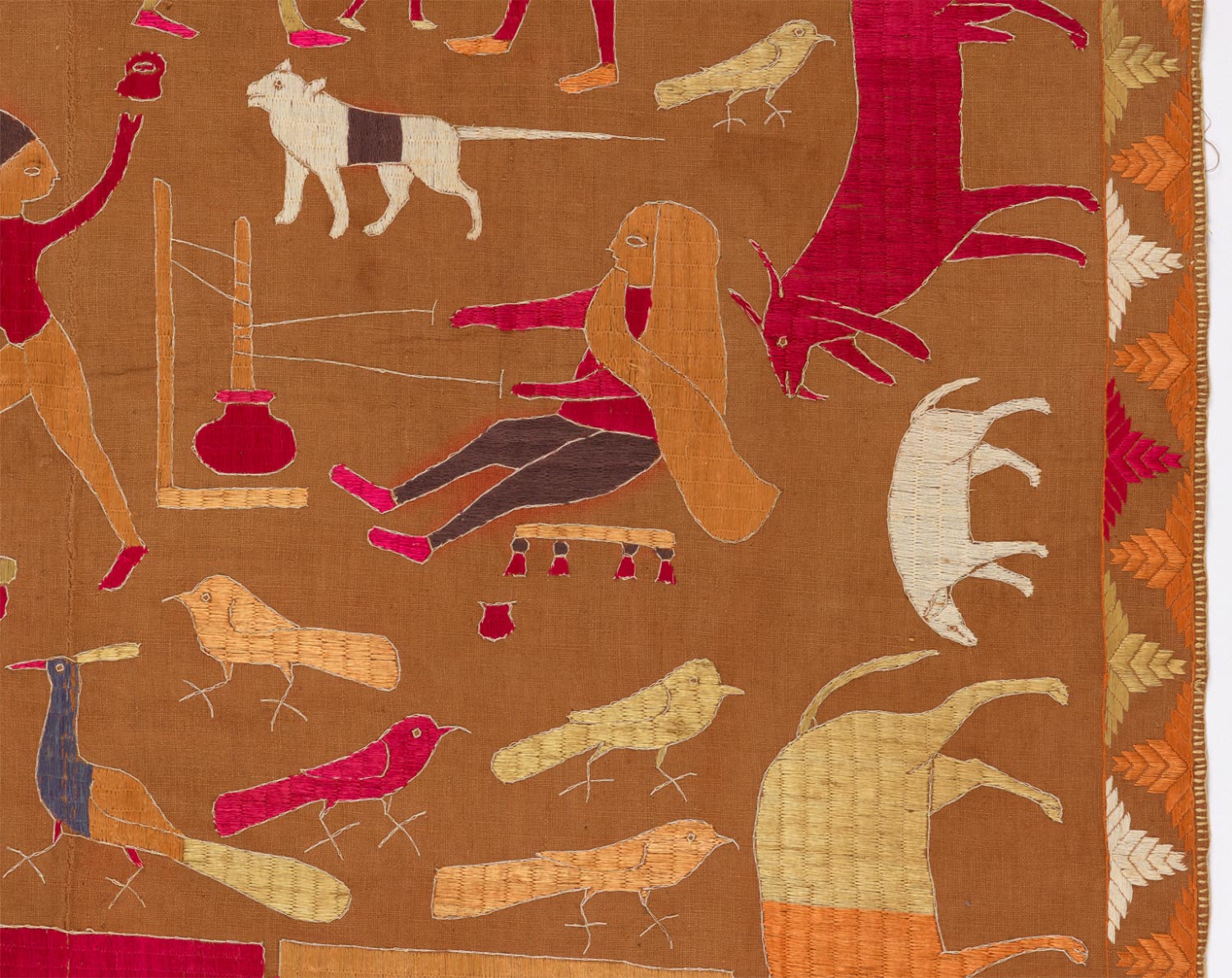 In 2016, the Coby Foundation awarded $550,000 in grants, a record amount for this small, specialized foundation. Twenty organizations received funding for an especially broad range of projects, ranging from support for exhibitions of the work of living artists, non-Western cultures, and projects that examine aspects of American history and culture.

Nearly half of the Foundation’s 2016 allocation went to exhibitions of the work of living artists. The largest went to the Fabric Workshop and Museum for Ann Hamilton: habitus ($75,000). The artist made twelve towering curtains from Tyvek and put them in motion on Philadelphia’s Pier 9. She also created a four-floor installation at the Fabric Workshop’s facility.

Grounds for Sculpture in southern New Jersey was awarded a grant for an exhibition of the work of acclaimed Baltimore sculptor and bead artist, Joyce Scott ($10,000). The Museum of Art, RISD received support for a retrospective of the designer Todd Oldham ($40,000). The Carnegie Museum of Art in Pittsburgh mounted the first fashion exhibition in its history, a retrospective of Iris van Herpen, the Dutch designer who uses technology extensively in her work ($50,000).

Other institutions received support for group shows of the work of living artists. They included the Cooper-Hewitt National Design Museum for Scraps: Fashion, Textiles, and Creative Reuse ($35,000); the Museum of Arts and Design for Crochet Coral Reef: TOXIC SEAS ($10,000); the Philadelphia Art Alliance for A Curious Nature ($7,500); and Traditional Arts of Upstate New York (TAUNY) for Warmth, Remembrance, and Art: 200 Years of Quilts and Comforters in Northern New York, which combined contemporary and historical quilts ($25,000).

Some Coby-funded exhibitions examined works by important artists, designers and patrons of the past 100 years. Three were in New York: ANTONIO LOPEZ: Future Funk Fashion, an examination of the work of the legendary fashion illustrator, at El Museo del Barrio ($10,000); Proust’s Muse, The Countess Greffulhe at the Museum at FIT ($50,000); and Stitching History From the Holocaust, an exhibition of recreations of the fashions designed by Hungarian Holocaust victim, Hedy Strnad, at the Museum of Jewish Heritage ($20,000). The Michener Art Museum in Doylestown received funding for Charles Sheeler: Fashion, Photography, and Sculptural Form ($25,000).

Non-Western creativity is being examined by the Philadelphia Museum of Art in its exhibition of phulkari, ornately embroidered textiles from Punjab ($30,000); by the Baltimore Museum of Art, which installed Kimono & Obi: Romantic Echoes from Japan’s Golden Age ($10,000); and the Textile Museum in Washington for its exhibition of Okinawan bingata—traditional resist-dyed fabrics—and contemporary works by Okinawan artists and fashion designers ($20,000).

A number of institutions were granted Coby funds to examine aspects of American and European history and culture. They include the Tenement Museum, which is installing Ties That Bind, which examines the post-World War II period on the Lower East Side, featuring an interactive gallery that focuses on the garment industry ($50,000). The Center for Design and Visual Culture at the University of Maryland Baltimore County is using Coby funds to plan an exhibition examining three design exhibits that the State Department sent to West Germany and Austria in the early 1950s ($30,000). The Long Island Museum received funding for Long Island in the Sixties ($10,000). Stenton, the 1730 historic house in Philadelphia, used Coby funds for the preservation and exhibition of an important upholstered bed, other items in the bedchamber and a related symposium ($25,000); and the Sterling and Francine Clark Art Institute was awarded a grant to recreate the original upholstery for a pair of piano stools designed by the British artist, Sir Lawrence Alma-Tadema ($18,000).